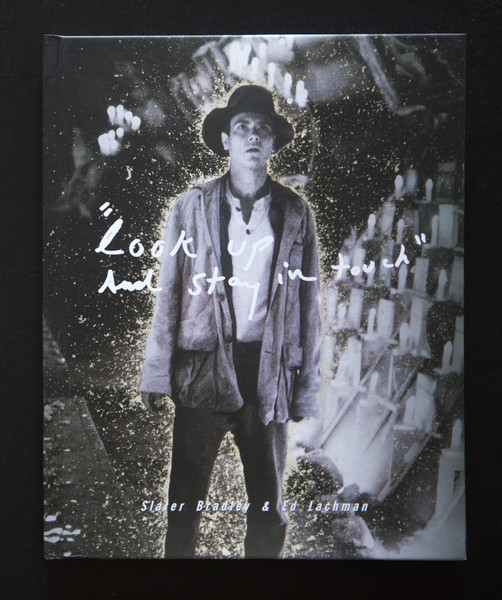 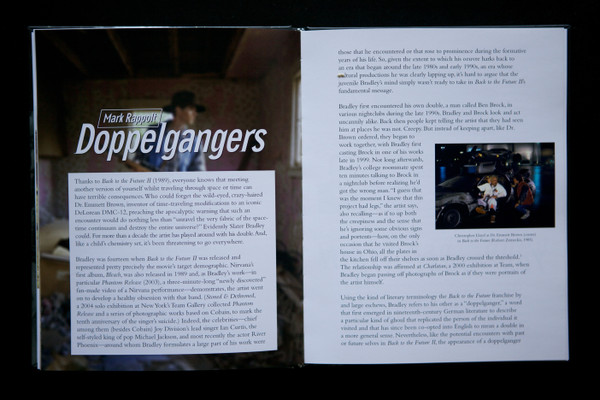 Slater Bradley & Ed Lachman: Look Up and Stay in Touch

2012
Aspen Art Museum
ISBN-10: ‎0934324530 ISBN-13: ‎978-0934324533
Look Up and Stay in Touch presents the final works in artist Slater Bradley's decade-long doppelganger project. Bradley (born 1975) has explored the way cultural icons are so imbued with myth that they become a mirror image (doppelg nger) of the self. Earlier works in the series include faked tribute videos in which Bradley's doppelganger, Ben Brock, performs as late musicians Ian Curtis, Michael Jackson and Kurt Cobain. These final two works in the series focus on another of Bradley's obsessions: the actor River Phoenix. The installations were produced in collaboration with Academy Award-nominated cinematographer and filmmaker Ed Lachman, director of photography for the film, Dark Blood, an unreleased 1993 film starring Phoenix that was in production at the time of the actor's death. The video installations Shadow (2010) and Dead Ringer (2011) are based on the film, and the latter features an appearance by Bradley himself.

Fill in the form below so that we can contact you with more information about this work.